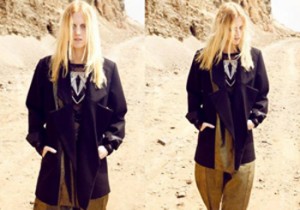 From a talent and unique vision, virtues that have earned him not only distinguished from the dozens of designers that come year after year but that has earned many awards that they only honor the immense creative genius which is the owner, Andrea Llosa is more than a designer, is a creator.

His proposal goes beyond frontiers, described in his own words as “a community of wearing neo character which combines traditional craftsmanship with city life. That is, trying to bring the street, everyday, in my view, the work done by artisans. All clothing is drawn up in Peru where we are lucky to have one of the best workmanship of the world. ” 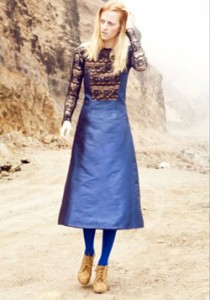 This fun mixing arises from the inspiration given by different cultures and ethnicities, travel and research that reflect a world full of character. The most remote regions of Peru are the basis of these urban pieces, simple, comfortable, created for a woman who has distinguished not by the aesthetics of your body but of the personality that reflects your clothes.

A door early in the second edition of Lima which will present Fashion Week Autumn Winter collections 2012, Andrea has prepared us a hybrid approach, which combines masculine and feminine styles, plus the shoe to be displayed on the catwalk. About fashion in Peru that “still need to disappear this critical look at the person who has a completely different style or made something completely new. Europe, it is a lot of time on that because there is tolerance. People dare, each dressed differently and generates a trend after another “.

It is for this reason that Andrea looks to the future to support the artisans in creating more comprehensive workshops and associating his work with fair trade and ethical fashion call. His other plans include further developing its brand and its line of footwear and opening a new boutique. He is definitely in our sights.