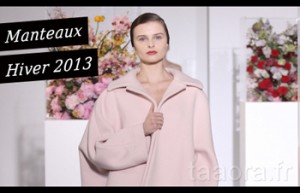 With the wet spring, there was no harm to project in the Autumn / Winter 2012-2013 seen on the catwalks of Paris, Milan, New York and London, and especially the coats. Extra-large, military style, with swollen hips, shoulders marked with contrasting lapel or version cape, discover in detail the headlights coats of next season. 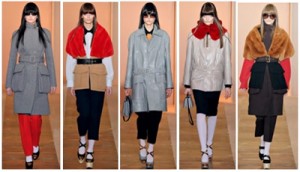 Strong trend in the winter of 2012-2013: the oversize coat (extra large), which protects us and envelops us like a cocoon to the crisis, particularly seen at Celine (left) and Jil Sander (right).

Season after season, the military coat is becoming a must for podiums. A trend seen on the catwalks Isabel Marant, Salvatore Ferragamo or Burberry Prorsum. 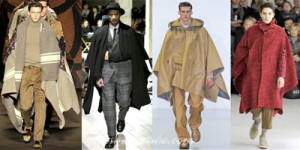 If you’re not afraid to accentuate your waist a little, some designers did not hesitate to adorn their coats so peplum skirts like Burberry (center). Another alternative: the coats marked with hips or swollen, as in Stella McCartney (left) or with the American designer Marc Jacobs (right), whose cut is not necessarily flattering to your figure.

Among the small details that make the difference, it also retains the coats with contrasting lapels – both in color only in the matter – as we have seen on the catwalks Balenciaga, Carven and Alexander Wang.