Although his name sounds foreign, nothing is further from reality. Aschwin Wildeboer ‘s national product. The swimmer, unknown among the general female audience has unleashed the passion of many Spanish women participating in the Olympics, surrounded by other athletes handsome pool as Michael Phelps or Ryan Lochte. 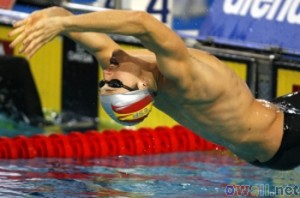 Dutch parents, is 26 years old and Aschwin is the third time competing in an Olympic Games. The swimming practice and hard training that have shaped this discipline requires a body that would look at any fashion show, and it shows as a cover boy in the latest edition of Sport Life.

As a swimmer, Aschwin Wildeboer has beaten both Europe’s record as the world’s 100m backstroke, plus several medals hang in Europe and worldwide.