David Beckham has taken advantage like no fame that has given its status footballer to exploit its advertising image. This time it is the turn to H & M, which has decided to run again with the husband of Victoria Beckham as ambassador. But fashion brand Swedish has not been limited to photograph the footballer light clothes, as we are accustomed many of their campaigns. 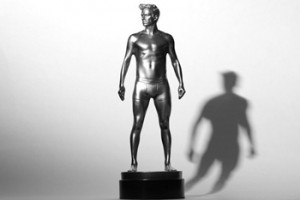 For the second line of shirts and underwear that David has designed, have decided to sculpt a statue of 3 meters above the British and placed in various local H & M worldwide. One of them is already installed in the very Fifth Avenue New York, where New Yorkers, tourists and onlookers have the opportunity to be photographed with footballer playback. We would like the original more, but … There will be satisfied!