Causse Gantier in Millau – the capital of the gloves

Causse Gantier in Millau – the capital of the gloves 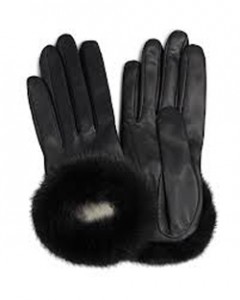 In Ganterie Causse in Millau Luxury gloves are still tailored – for 120 years. Karl Lagerfeld and Madonna can customize their leather gloves from Causse well as great fashion houses of haute couture.

Who in the South of France on the highway Millau viaduct runs, dizzying steel wire construction of the star architect Norman Foster of superlatives suspects often not what he was rushing by. Deep down in the valley of the Tarn wild is the capital of the gloves. It has Millau, a medieval town in the Midi, with just 22,000 inhabitants, nothing of a metropolis. But one looks in the rural setting even more sheep. From the neighboring community of Roquefort-sur-Soulzon comes the famous cheese.

They provide for the finest lambskin glove leather. Where sheep and goats goodnight zubloken and complain that flourished from 18 Century to the globalization of the art Ganterie – the Handschuhmacherei. The Guild of Gantiers Millau enjoyed an international reputation supplying, for decades the glamorous fashion houses in Paris: Balenciaga, Balmain, Cartier, Dior, Hermes, Lanvin, Montana and Saint Laurent. 1963 was a record year: 80 Gantiers, for a third of the population was working to produce five million pairs of gloves.

Then came the crisis. On the fingers of one hand, you can now count the glove factories in place – Causse Gantier among the survivors and controls success. Madonna and Kylie Minogue in order Causse their Maßhandschuhe. A very special patron and friend of the family is Karl Lagerfeld. Causse working in haute couture as ready-to-wear for the design department of Chanel and Karl Lagerfeld. Charles makes his famous hand harnesses with initially more rapidly becoming less lofty fingertips freedom maßanfertigen at Causse. Such an order for personal subsistence can in the fashion perfectionists ever 200 pairs represent a perfect fit.

Back to the Future

In the fourth family generation Olivier Causse is at the forefront of the traditional company founded in 1892 that employs another 40 people and manufactures annually 25,000 pairs of gloves. Three-quarters are in order for Hermes, Chanel, Louis Vuitton, Givenchy sewn Longchamp or Christian Lacroix. Causse cares for the best quality of leather: lamb and goat, nubuck and peccary, python or crocodile.

Manuel Rubio as a production manager and his wife Nadine Carel as head of the creative department are jointly responsible for the collections. The trio has four years ago ventured a great leap forward and placed himself with a new modern factory conversion of Maison Causse and his own Paris boutique in the fashion world. Under the arcades of the Rue de Castiglione, only a stone’s throw from the Place Vendome, she opened her hand shoe boutique.

Highly polished iron hands present there own collection of the Causse. Architect Jean-Michel Wilmotte also missed the old brick factory in Millau with rectilinear facade made of fine wood and lots of glass, a new look between modernity and tradition. There is a second shop, space for exhibitions and regular guided tours by the public open glove factory.

Inside rattle as a hundred and twenty years, the good old Singer machine. The leather is pulled to stretch over the wooden table edge and experienced Gantiers old school swing the Trim scissors. The iron hand there are not decorative, but help as a heated iron gloves to finally perfect fit.

The manufacturing process as yesteryear, the fashionable designs of their time always ahead. Under the name “Causse studio'” will cooperate with other artisans for interdisciplinary “Causse Arty” experimental “up to date” with the street artists, DJ and graffiti scene. So with the artist and performer Jean-Luc Verna.

The tattoos, which contributes to the Verna’s arm muscles were tattooed leather gloves. The potential of traditional know-how plus fresh, award-winning ideas, Karl Lagerfeld has been clearly recognized. In September bought Chanel’s flagship operating an endangered craftsmanship. Turned inside is nothing that remains “winning team”. But can Causse Gantier to brace his exorbitant rent shop in Paris.