Marion Cotillard Lady Dior draws his own in a web-documentary

Marion Cotillard Lady Dior draws his own in a web-documentary 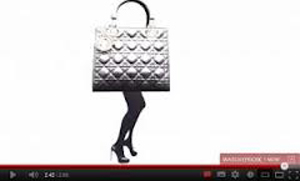 Dior fashion house announced on Thursday 29 November, the fifth and final episode of the web documentary dedicated to the Lady Dior collection, played by Marion Cotillard. In this final installment, the French actress draws his own creation.

Face of Lady Dior bags since 2008, Marion Cotillard was the center of all the episodes of this web documentary. After the sessions fittings parts haute couture, the discovery of his life as an ambassador and his interpretation of a song written especially for Dior, Marion Cotillard dons his costume designer, imagining his own Lady Dior.

Called “360 ° Bag”, the fifth episode immerses visitors in the world of the actress, who draws a bag in his image: sophisticated.