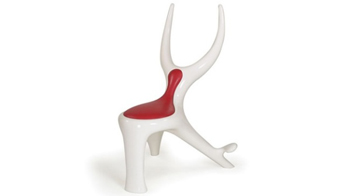 People are used to hide or keep private in highly sex toys, you might think that this furniture is to be hidden somewhere in the house but the opposite of this, the idea that these two creators had was that just had to spice besides functional furniture for carnal desires are also beautiful and highly decorative.

In 2003 they released their first piece that was well received at the Milan Furniture Fair. Today exhibit of his work at the Museum of Sex in New York.