The Best Dressed Of The Week

The Best Dressed Of The Week

Who are the best dressed this week? Find out and vote for your favorite! 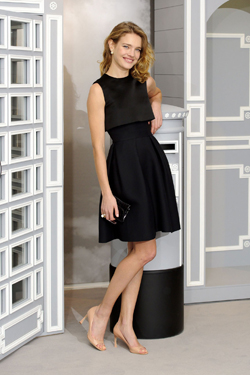 Ashley Tisdale in RVN
Also in Hollywood to celebrate the premiere of Spring Breakers, Ashley wore a look quite chic: a mini dress with graphic print in shades of orange with black, combined with black accessories, including a manicure daring shoes with peep-toe dark, a ring Elahn and a clutch coordinated. 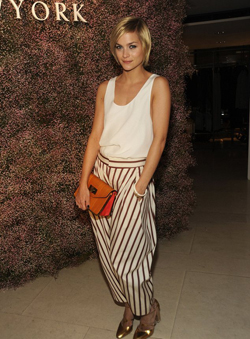 Natalia Vodianova in Dior
Dior launched a campaign for a month at Harrods, with 33 presentations in windows, nine shops pop-up and an exclusive cafe. Natalia Vodianova came to celebrate this release, including with the little black dress with pumps peep-toe in nude and soft curls. 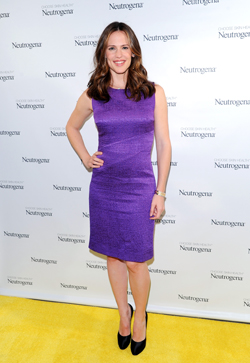 Leigh Lezark in Chloe
This DJ and model opted for a completely Chloe dress to the 60th anniversary party of the same brand at Barneys in New York. A look ideal for spring in light colors, metallic shoes and clutch orange. So trendy! 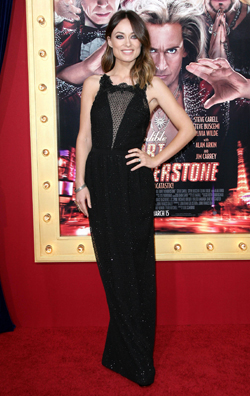 Jennifer Garner in Oscar de la Renta
Maybe you need it the company of her husband, but Jen is striking by itself in this tailored purple dress by Oscar de la Renta, pumps and black hair with curls at an event in New York Neutrogena. 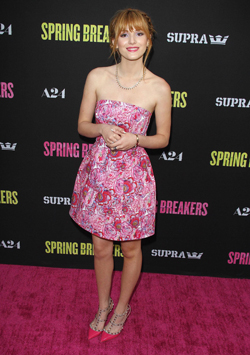 Olivia Wilde in Gucci
Olivia Wilde joined co-stars Jim Carrey and Steve Carrel at the premiere of The Incredible Burt Wonder stone in Hollywood. For his appearance on the red carpet, Olivia chose a Gucci dress with bright floral applications and a plunging neckline with transparency. 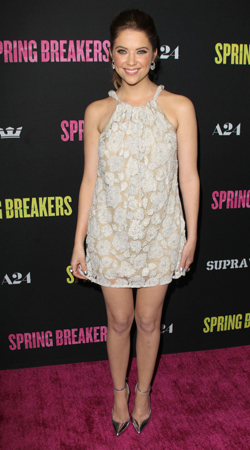 Bella Thorne at Topshop
Apparently celebrities attended this week to promote a movie more hot of the moment, Spring Breakers. Bella Thorne attended the premiere of the film in Los Angeles in a Topshop dress and pink hues stamping. We loved her look and her hairstyle. 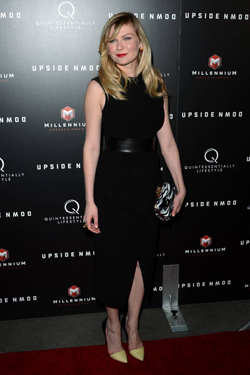 Ashley Benson in Armani
Another member of the cast of Spring Breakers, Ashley opted for a look shorter than his co-stars, choosing a mini dress halter in cream Armani, combined with pumps with ankle straps silver Monika Chiang, Demarco earrings, rings Michael M. and a ponytail flirty. 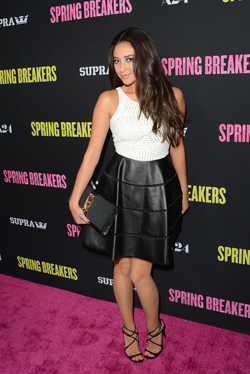 Kirsten Dunst in Proenza Schouler
Kirsten Dunst was sophisticated and super stylish in a special presentation of his new movie Upside Down in Hollywood. The actress combined her Proenza Schouler dress with a high neck clutch zebra-print Stella McCartney and a striking red lips. 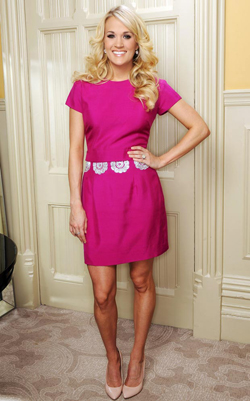 Shay Mitchell Sachin + Babi in
A success of this red carpet so trendy! Shay opted for a look Sachin + Babi for the premiere of Spring Breakers in Los Angeles, opting for a look with trend dominated, black and white, for this event. It was amazing! 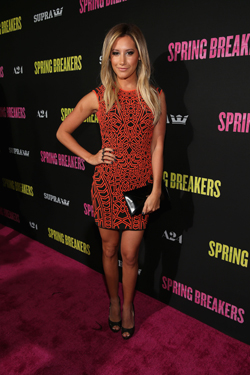 Katherine Underwood Carrie Feiner
Not compared with the super dress she wore to the Grammys, but this model in bright pink Katherine Feiner combined with Swarovski earrings in the Country to Country Festival in London makes it look super radiant.

Who was your favorite?