The Magic Of Anish Kapoor

The Magic Of Anish Kapoor 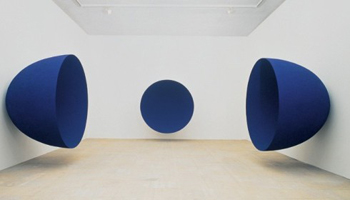 One of the most influential sculptors of the world. This artist of Indian origin is defined as an abstract artist. “One of the conditions of abstraction is its suitability to go to the beginning of things, the principle of consciousness, the first day and the first minute.

That’s why I care that objects autocreen, albeit a fiction. My objects are objects that tend toward the beginning. This is the great challenge … because we do not know what that principle “Kapoor said recently in an interview that was done before opening the large sample presented last month at the Guggenheim.

Lives and works in London since the early 70s and was just in 1980 that gave his great leap to fame and privileged place of respect and admiration of the world. His sculptures of giant dimensions seem simple at first sight but the feelings they generate in their viewers have to do much with the world of perception and magic.

Part of your work will be presented this June at the Design Miami / Basel 2013.